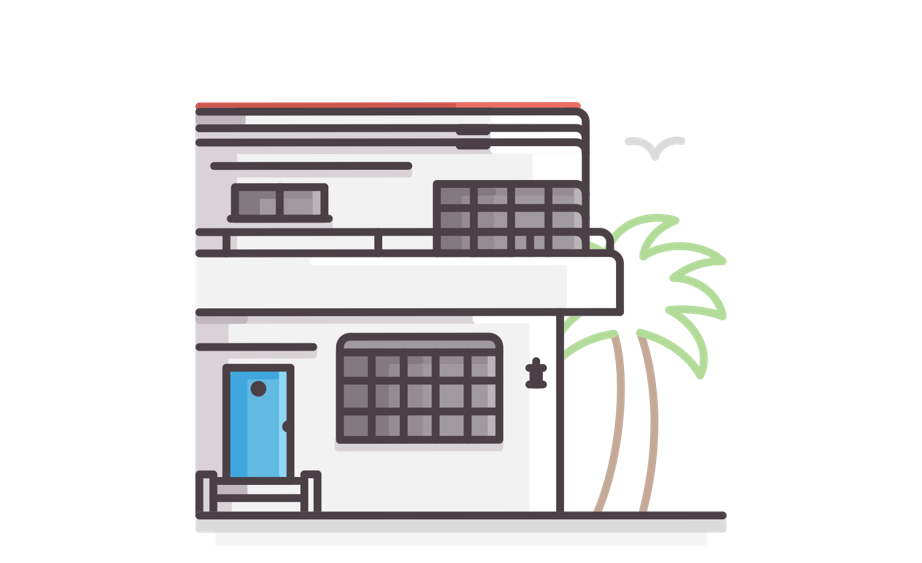 Art Deco designs, turned on their side and smoothed out

If you come across a building that seems like it could pass for a retro ocean liner – curved edges, polished surfaces, long horizontal lines, and an Art Deco flair – you’re almost certainly looking at a piece of Streamline Moderne architecture, and there’s a good chance the resemblance is intentional. That’s because as the 1920s turned into the 1930s, the design world become increasingly obsessed with a singular technological advancement – aerodynamics – and streamlined design found its way into everything from that era, even mundane and stationary objects like refrigerators, lamps, toasters and of course buildings. Ocean liners, whose curving hulls gracefully carved through the waves, were perfect exemplars of that refined sleekness (especially as they were given their own further streamlining during the ‘30s, like the SS Normandie for example), and hence were often used as sources of inspiration, even lending details like porthole windows, chrome railings, masts, and sails.

Aerodynamic sleekness gave the Depression-era public something modern to distract them, but it also coincidentally served as a perfect analogy for what “modern” architects were continuously trying to do throughout the 1900s – strip away anything that would impede forward movement of the discipline. Extraneous detail was one big thing that figuratively and literally prevented architecture from being more streamlined. Art Deco, the first of the modern styles, started the trend of simpler, more minimal design that carried over into Streamline Moderne’s even smoother and more polished surfaces. But while Art Deco kept one foot in the past, incorporating influences from erstwhile civilizations into its abstract details, Streamline Moderne was the first to overcome the second perceived drag on architectural advancement – references of any kind to past styles.

In this way, Streamline Moderne architecture was the crucial steppingstone towards the International Style which was already brewing in Europe. From this point on, until the rebellion of postmodernists at the end of the century, architects would use minimal forms and only look forward for inspiration, never back. For a brilliant decade, Streamline Moderne architecture made a huge mark on the world of transportation – gas stations, train terminals, diners, port buildings and the new concept of motor hotels, or motels – creating a legacy well beyond its relatively short-lived lifespan. 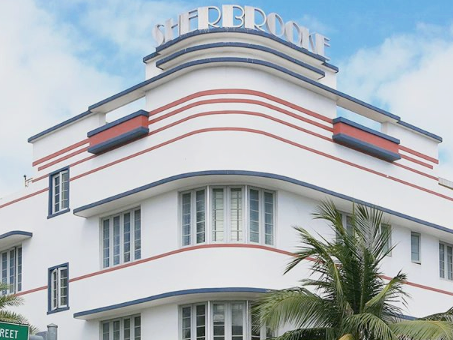 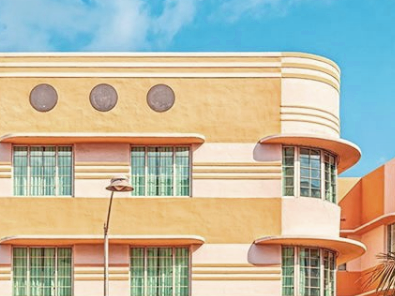 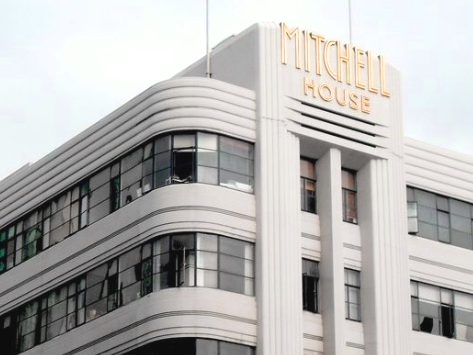 Where traditional Art Deco buildings turn into right angles at the corners, Streamline Moderne buildings curve at the edges for maximum aerodynamism 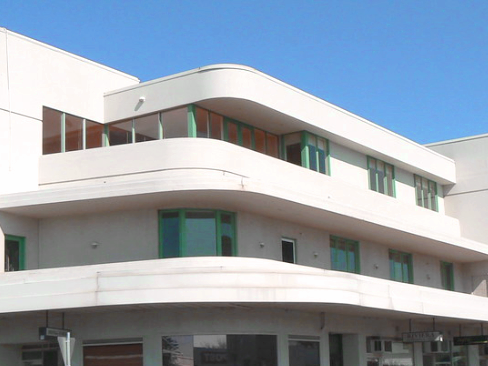 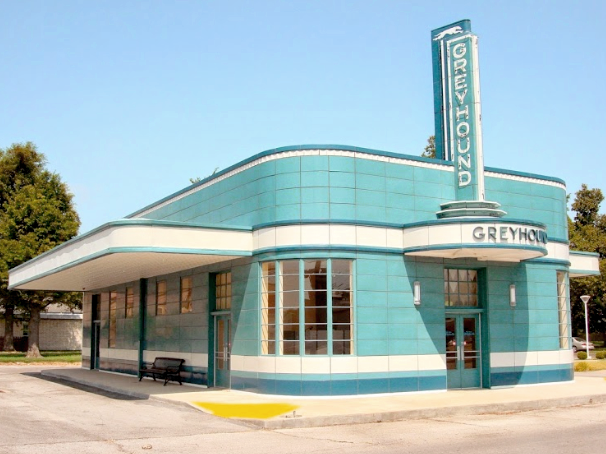 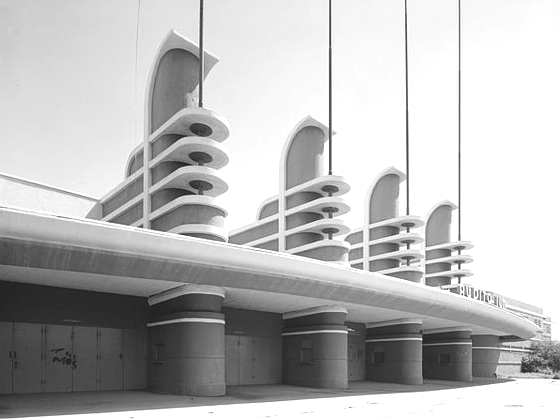 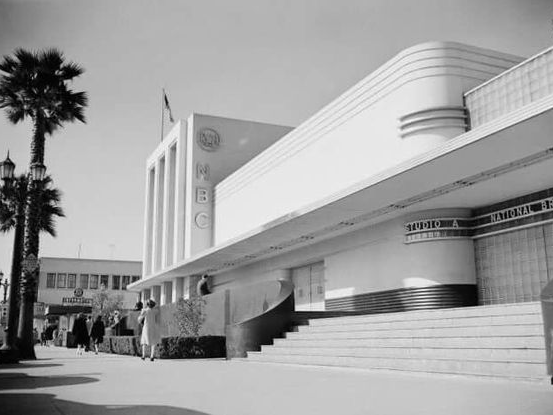 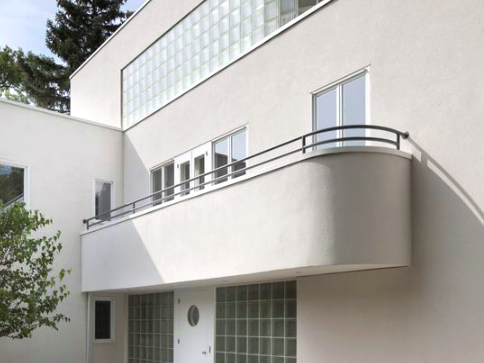 In keeping with the streamlined focus of the style, surfaces were often smooth and polished, with little (or more likely, no) ornamentation 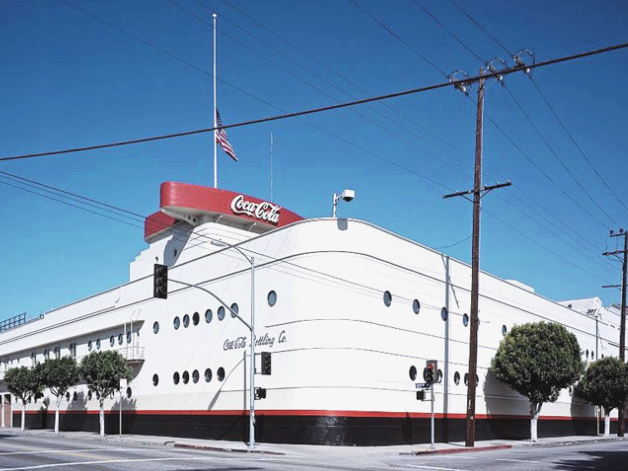 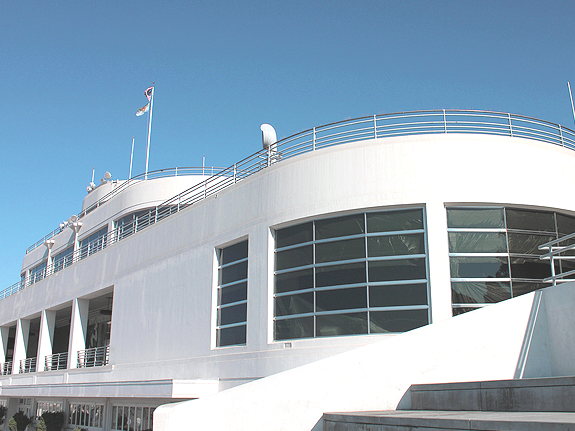 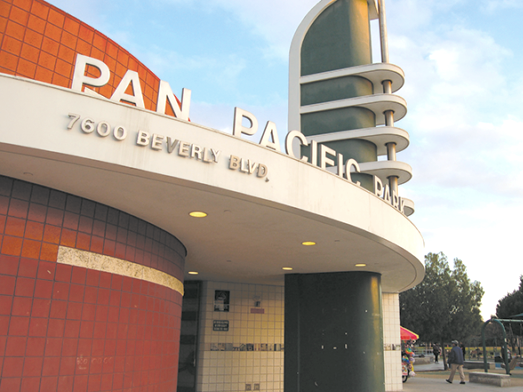 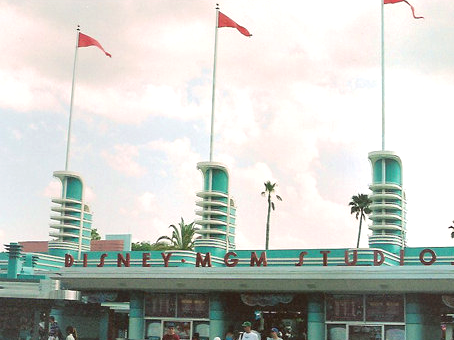 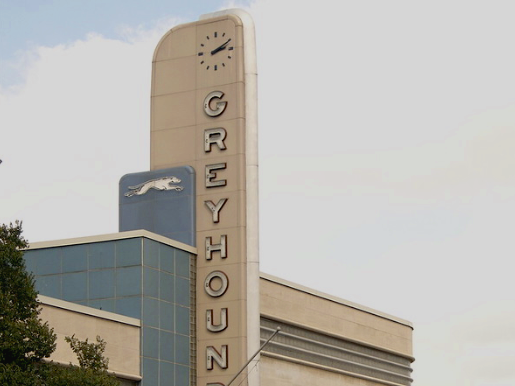 Nautical homages like masts, sails, and porthole windows were common. Occasionally you could also find a nod to aeronautics too (wings and rudders) 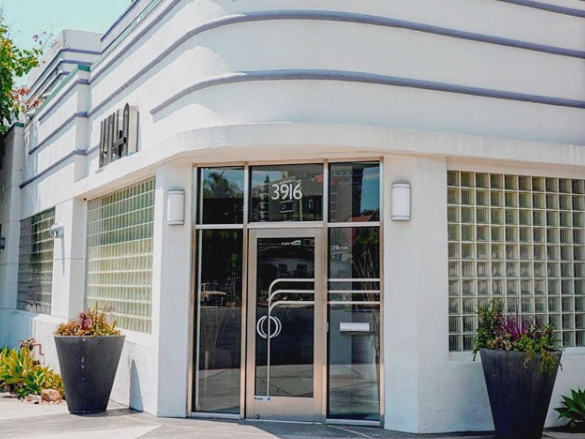 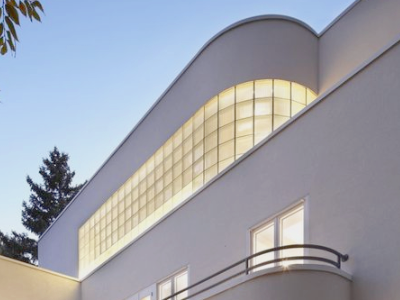 Glass bricks were used heavily, often in long horizontal panels that complement the overall length of the buildings 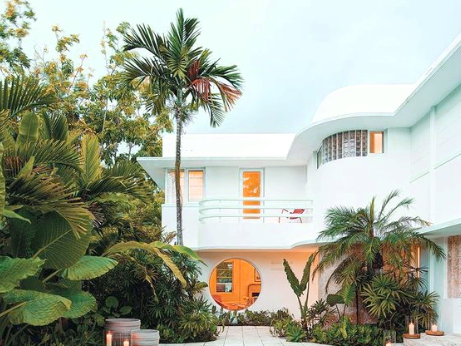 Rarely ever dark, most buildings of the style are painted in white or pastels on stucco walls 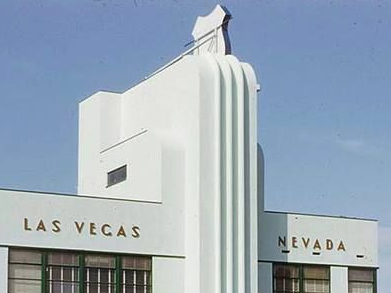 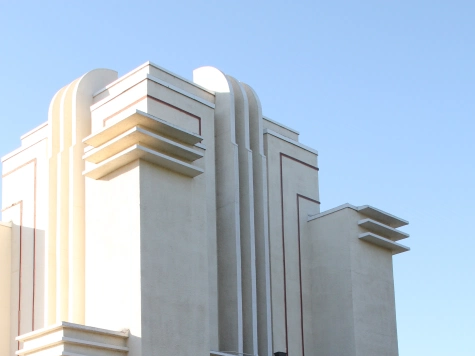 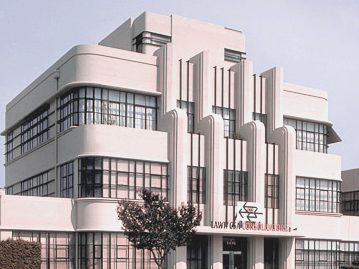 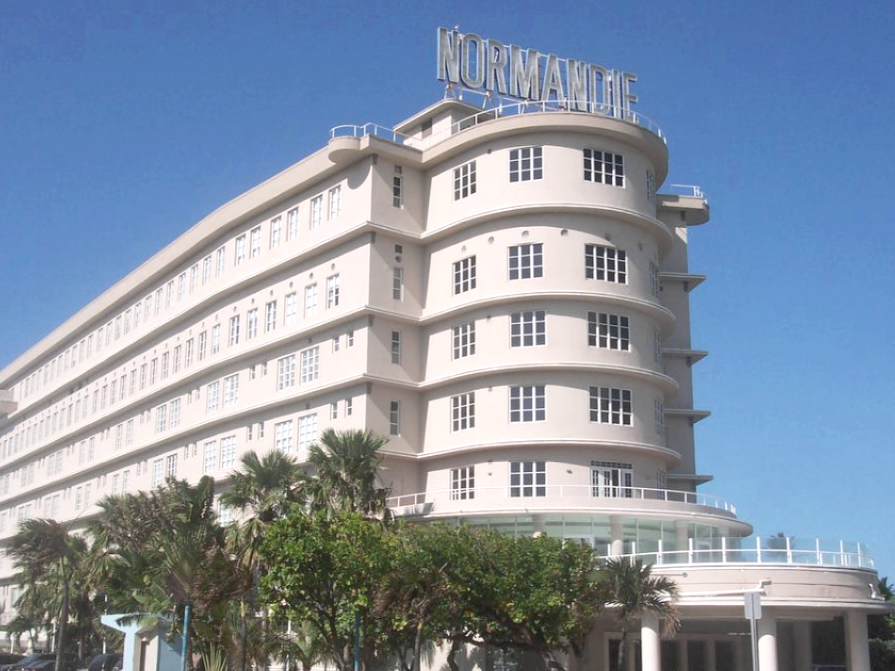 Taking the nautical references even further, some buildings featured bowed projections as direct references to the front portion of a ship 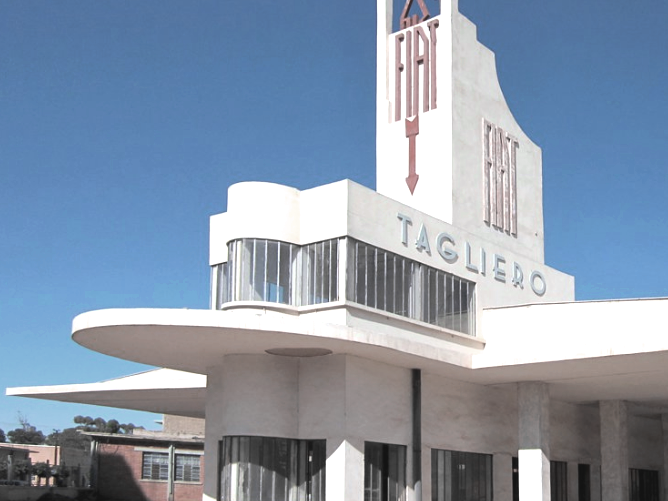 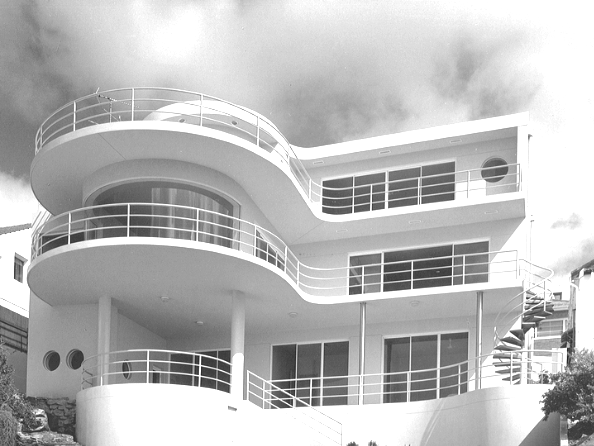 Corners are not always the only rounded features of a building; architects found ways to add all sorts of swooping contours to their creations

Why not bring a little bit of Streamline Moderne onto your own desktop with a dedicated font? This one from David Occhino is inspired by the Pan Pacific Auditorium in California, one of the more famous examples of the style.

Sometimes called “Tropical Deco” here, Miami features a very distinct version of the style, which is a little more playful, a little more vertical, and a lot more neon – but still perhaps the most striking display of Streamline Moderne anywhere in the world.

Though not frequently updated, this blog has a wonderful collection of Streamline Moderne photographs in its archive and is worth a scroll for anyone interested.

Believe it or not, this 1990 article from the Los Angeles Times about Streamline Moderne is still one of the most compelling summaries and explorations of the style.

Watch the "Walking the Dog" number from Shall We Dance

This clip from the 1937 movie is a perfect time capsule of the Streamline Moderne era. Fred Astaire and Ginger Rogers strut on the deck of a ship, but the porthole windows, chrome accents, and sleek white curves found their way into nearly every building of the style. 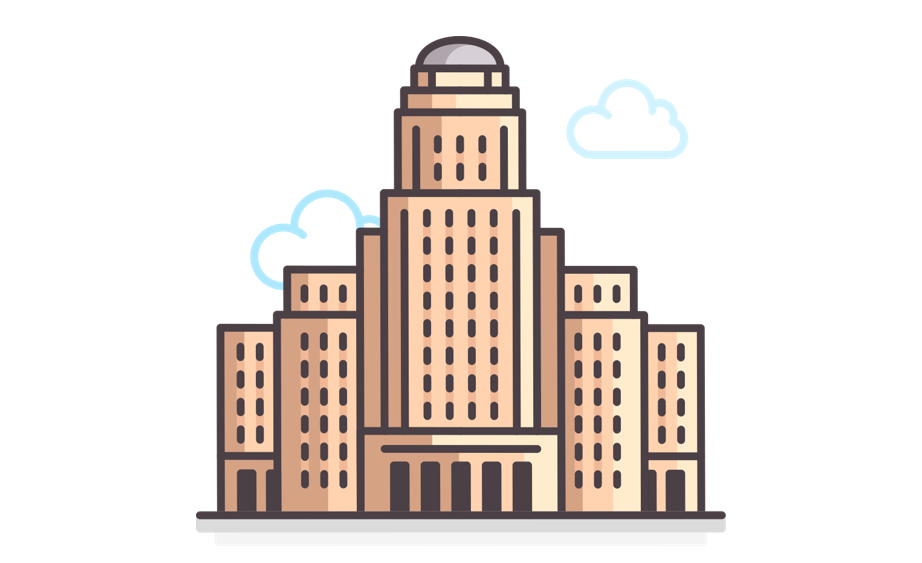 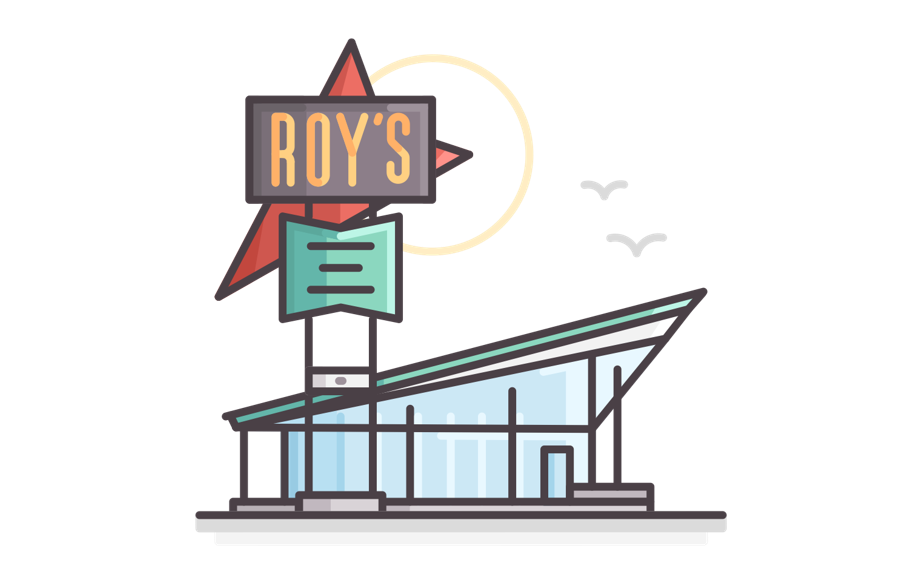 A style that built on some Streamline Moderne principles, but with a Space Age spin