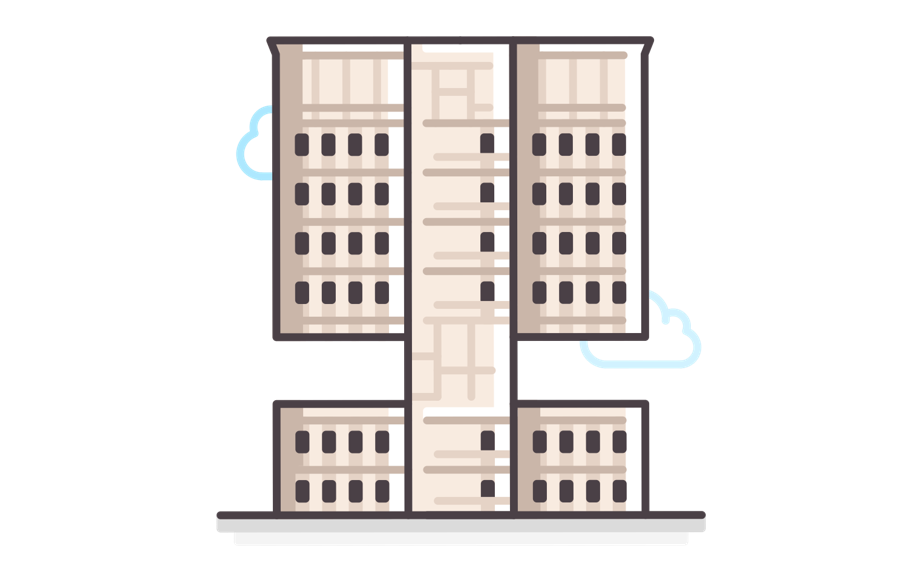 The harsher, more austere cousin of the International Style

If you look at them objectively and compared to modern day architecture’s obsession with glass and light, Brutalist buildings are pretty ugly. They are hulking, they are heavy, and their thick concrete skin does not age well. They are used as inspiration for post-apocalyptic film settings, and in real life, decaying Communist incarnations of them stand as a reminder of how quickly utopian ideas can turn into dystopian realities. But, as with all things in the arts, beauty is in the eye of the beholder, and Brutalism has its fair share of defenders. Many point to the importance of its social intentions, which inspired governments and famous architects of yore to choose the style for everything from housing projects to university buildings to car parks.

​Like its contemporary the International Style, Brutalism was founded on the principles of progressivism, with a focus on the Everyman permeating all decisions. To emphasize utility, ornamentation was dropped and only pragmatic materials were used – notably the raw concrete that lent the style its name. To underscore “honesty”, building features that were usually hidden away inside – stairwells, walkways, ventilation ducts, elevator banks – were instead featured prominently and easily identified from the outside. Modular construction with repetitive shapes, combined with the cheap construction materials, allowed for economical housing at scale in self-contained complexes, a bold promise for the future of living that enticed many governments into employing the style for public housing projects.

Communist governments were particularly drawn to these progressive notions and possibilities, hence the prevalence in former Soviet countries. Like communism, though, utopian visions faded through time as harsh realities set in, and public housing estates especially suffered from dilapidation and crime. They stand now as abandoned, cracked fortresses with eerie, apocalyptic feels to them – hidden gems for Instagrammers these days, but polarizing to the community at large. 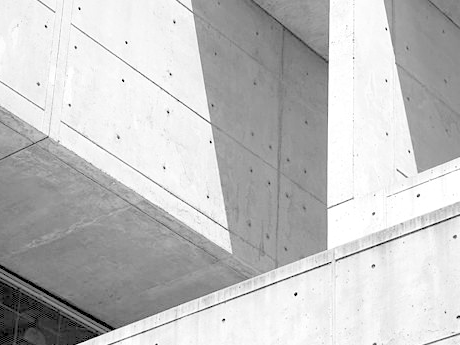 The French word for raw concrete lends the style its name, and also its “honest” quality by showcasing an untampered, unrefined raw material 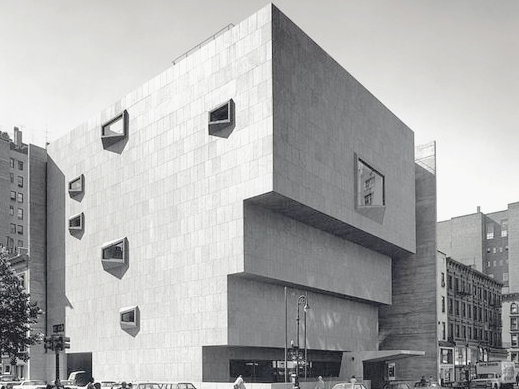 The heavy use of concrete means the overall aesthetic of buildings is harsh and striking, with rough surfaces and little to no ornamentation 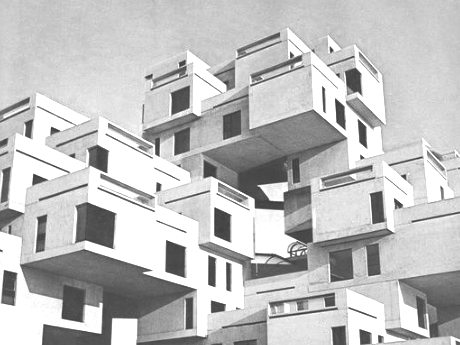 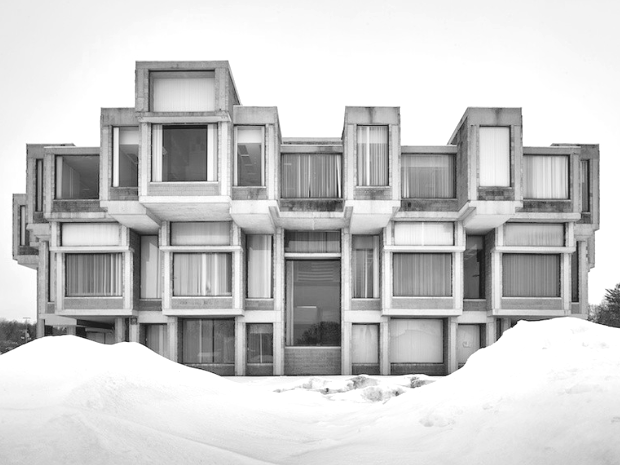 Though curves are not prohibited, most buildings have their forms dictated by geometric, cubic shapes 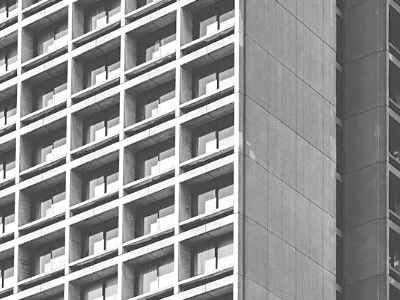 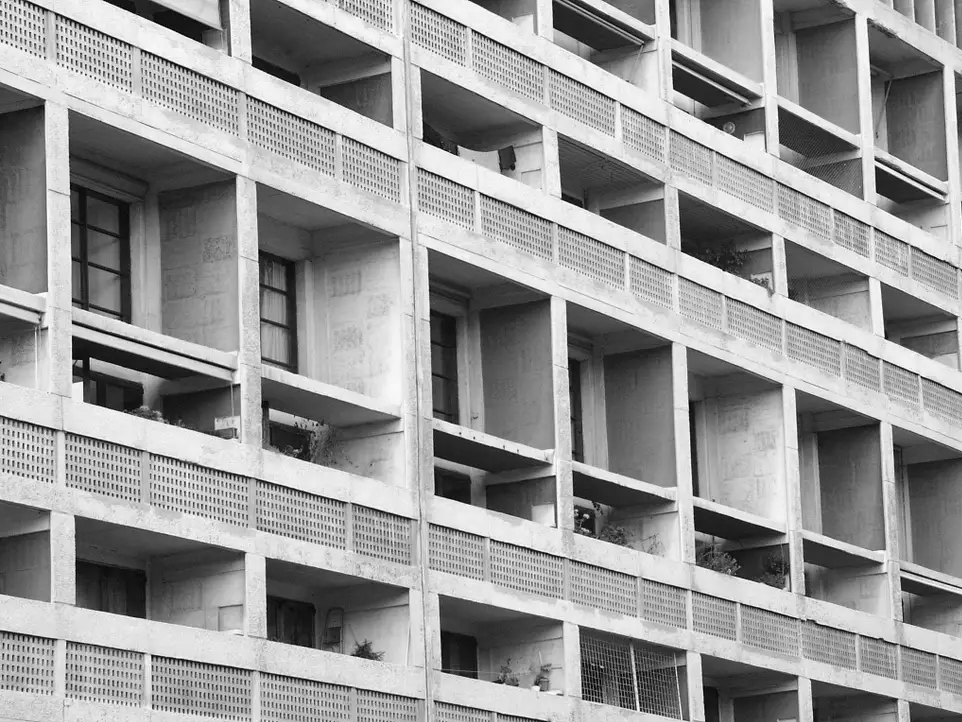 In keeping with practicality, modular forms repeat with little variation 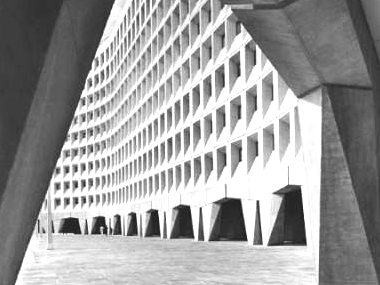 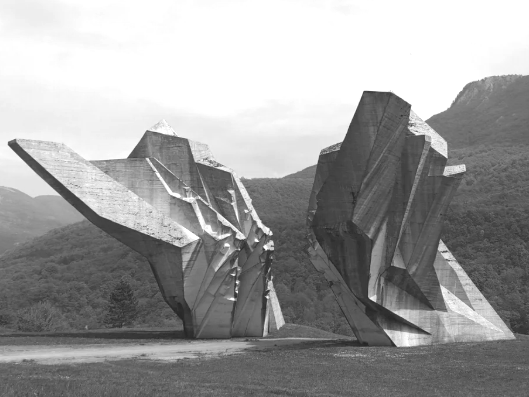 When all the pieces come together, they tend to form hard angular outlines 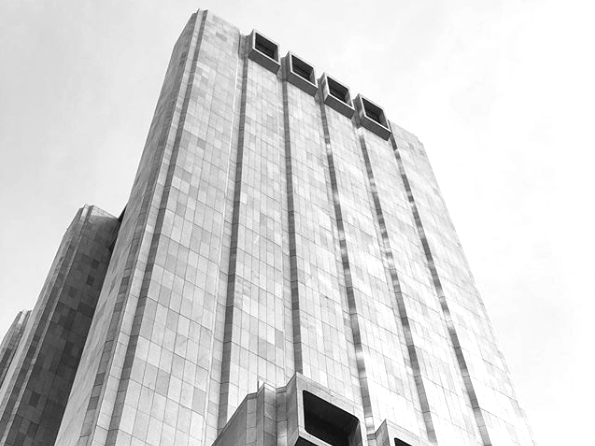 An abundance of concrete lends an imposing quality to every structure, big or small 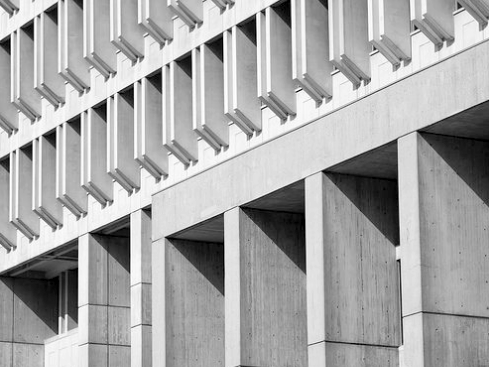 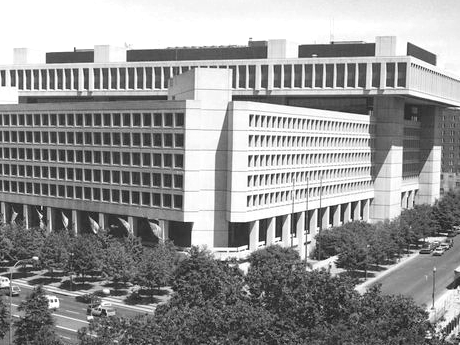 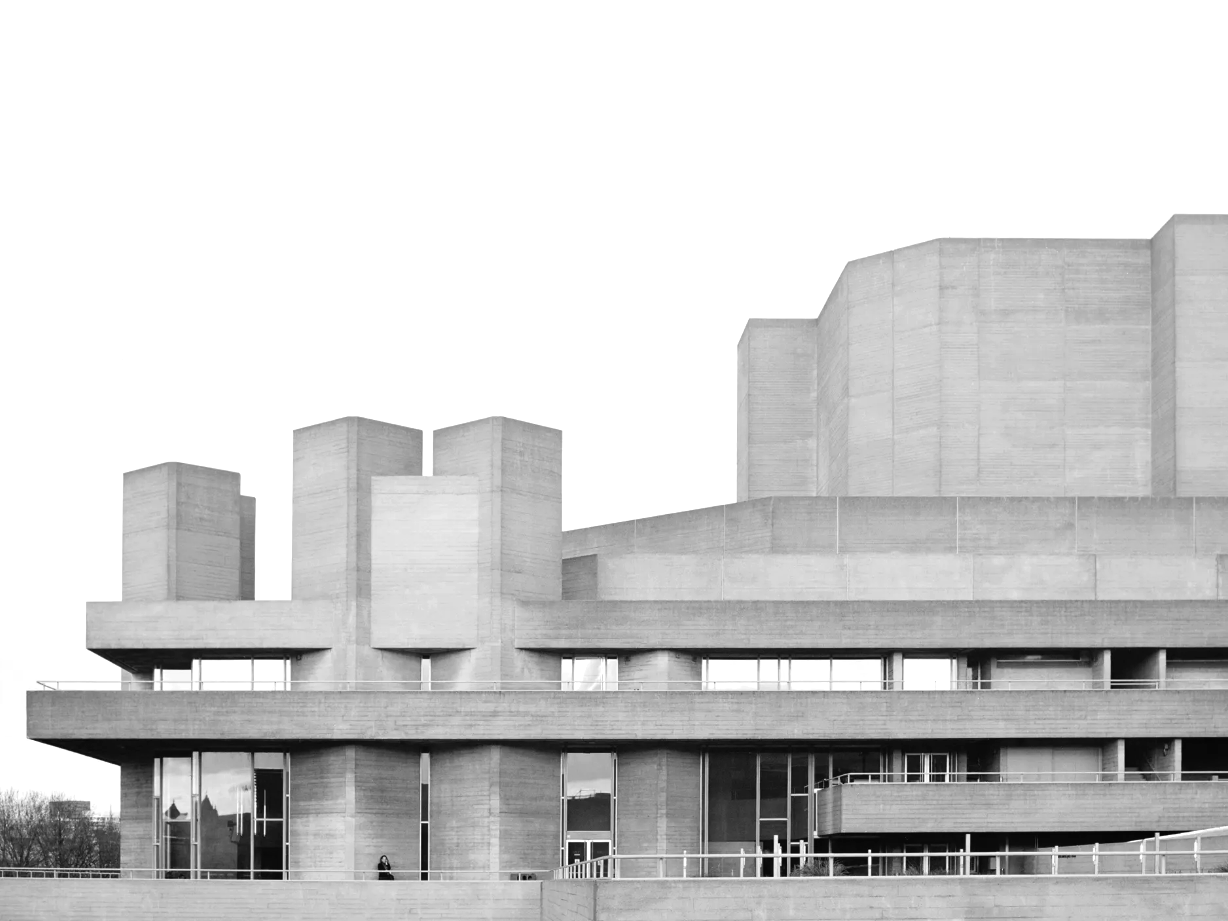 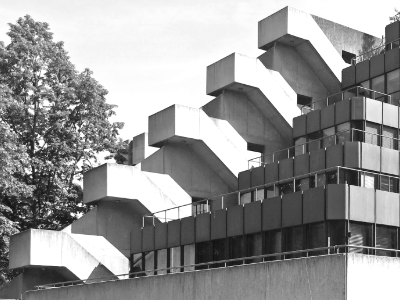 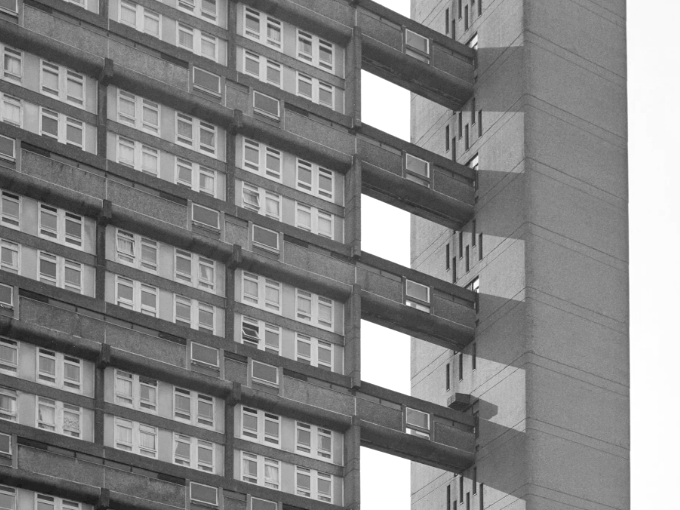 In keeping with “show it as it is” honesty, stairwells, elevator banks, hallways and other building features are easily identifiable from the outside 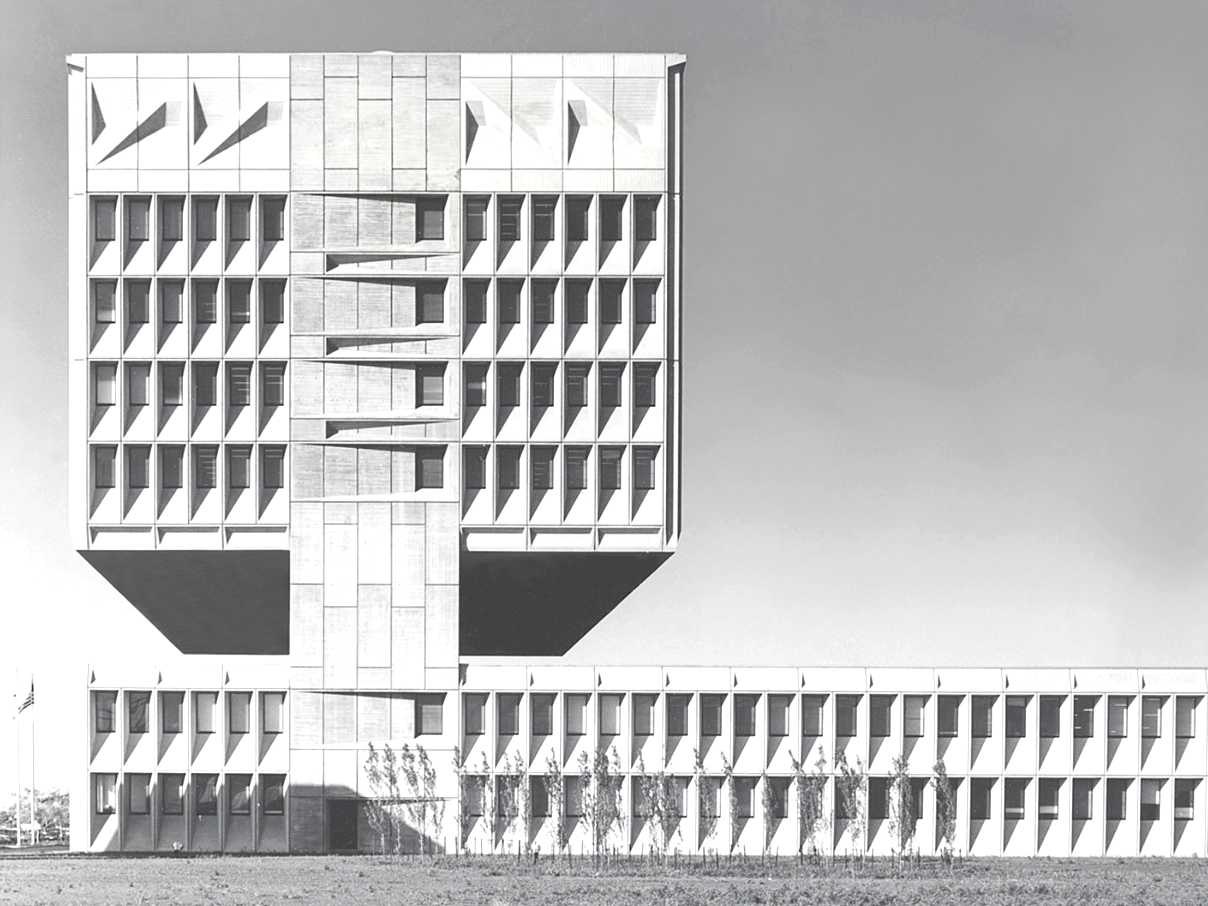 Though shapes are repetitive, there is no real emphasis on symmetry 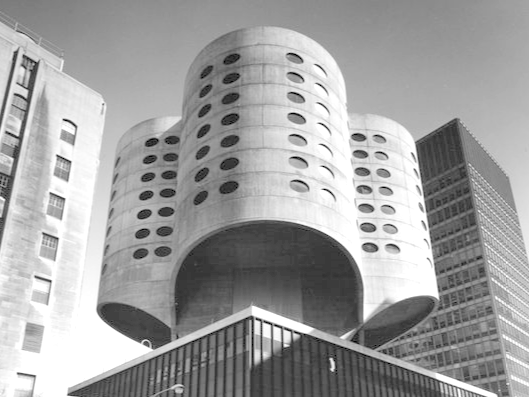 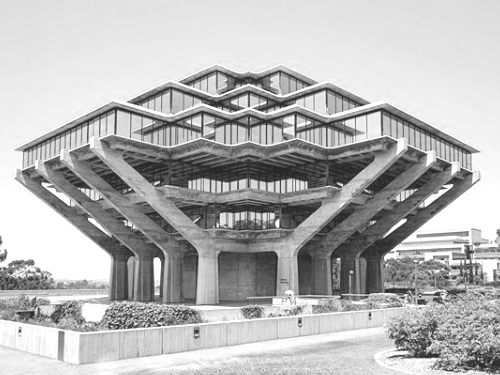 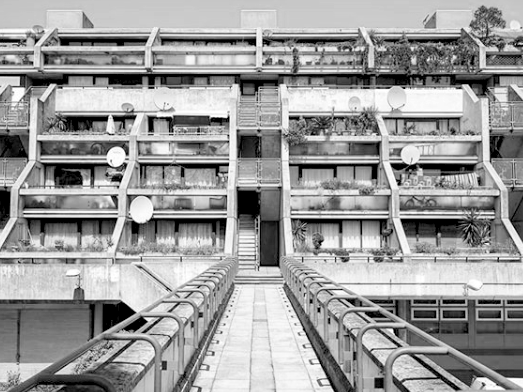 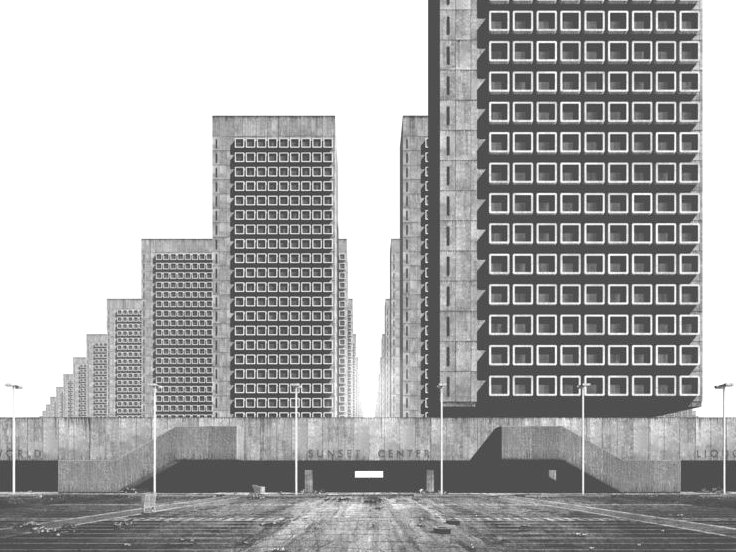 Though originally built with utopian visions for housing and civic structures like the Grands Ensembles in Paris, many buildings now embody dystopia 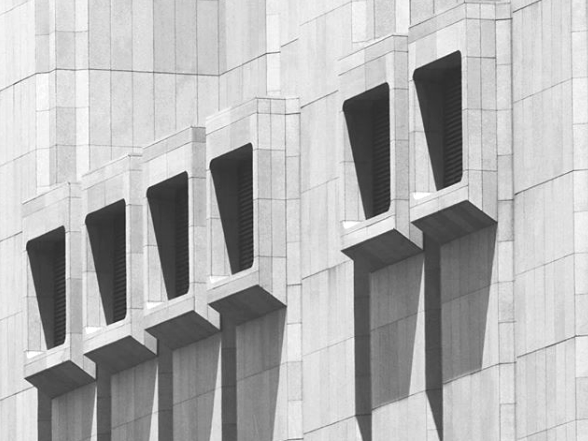 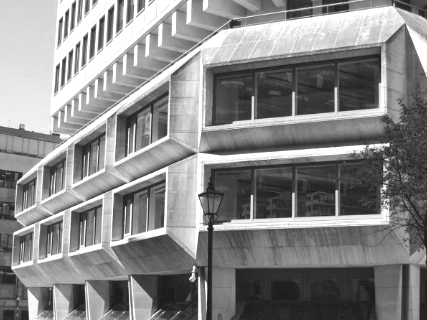 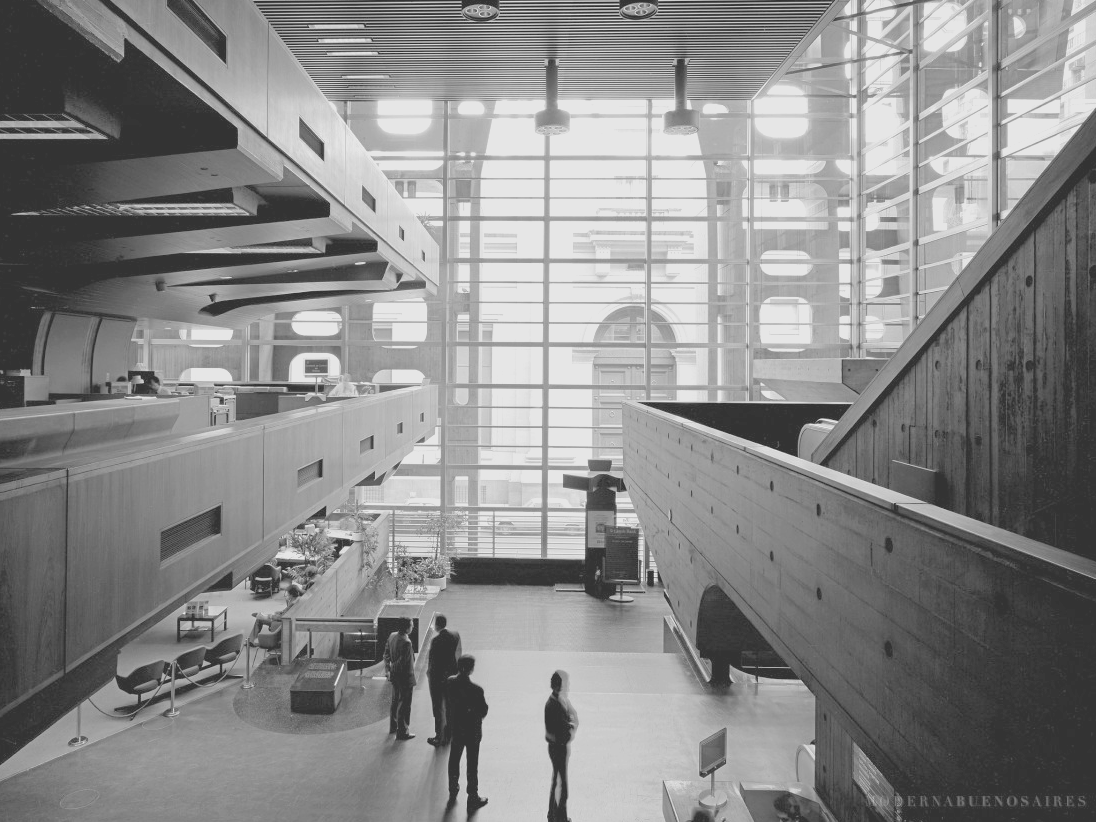 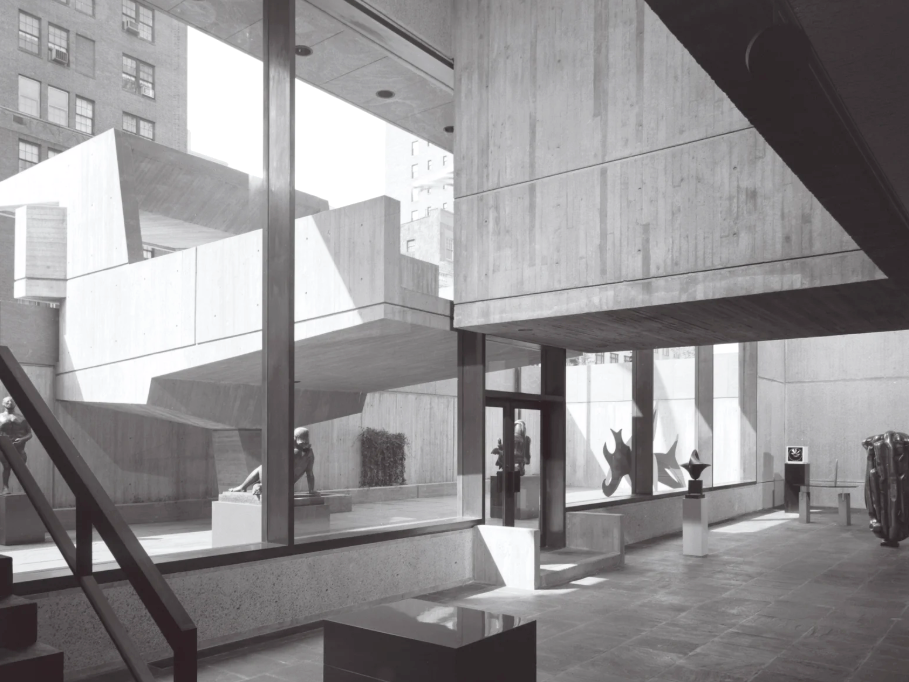 Not all have this feature, but a surprising amount house airy, cavernous interiors beyond those hulking concrete facades 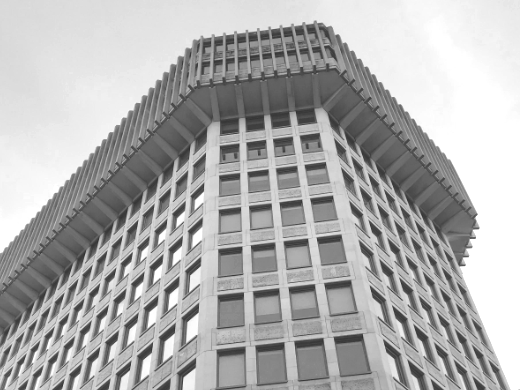 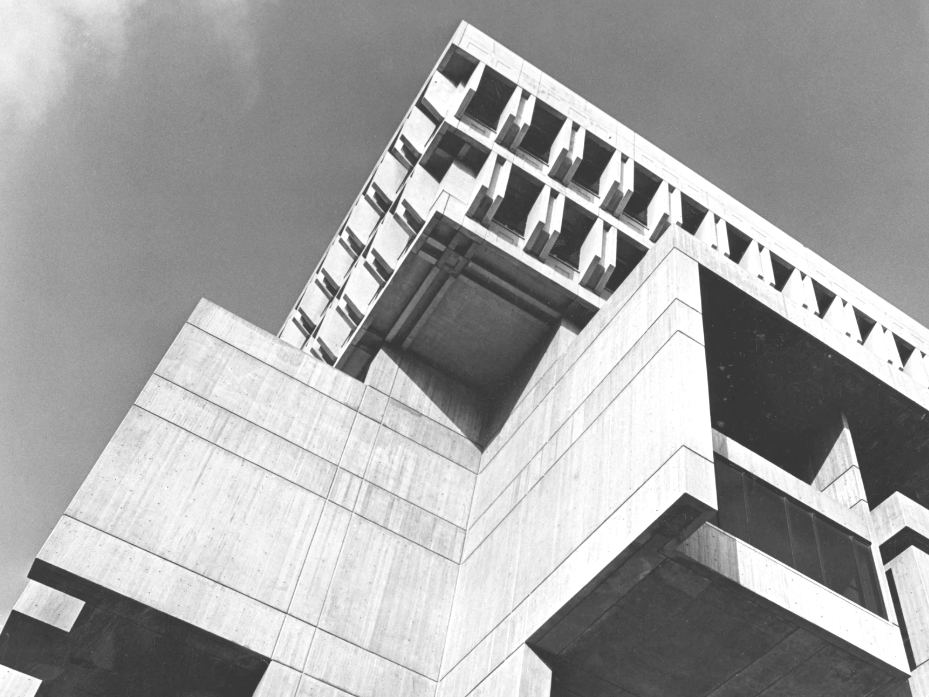 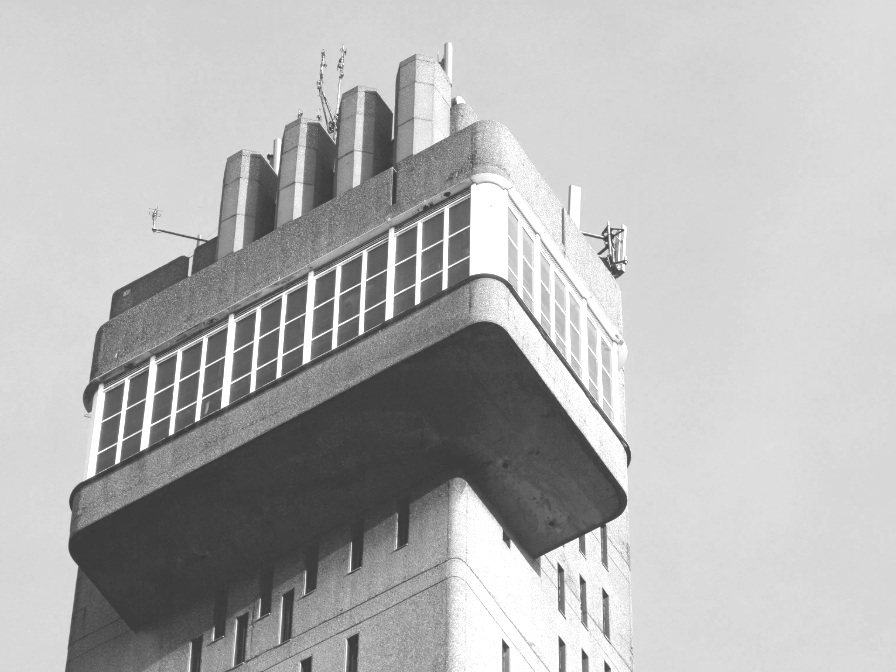 Seemingly against physics, huge chunks of concrete sometimes cantilever over their bulky bases

If you want to get a taste for the dystopian imagery that these buildings can truly embody, look no further than Stanley Kubrick’s film set in a near-future dystopian England.

The Barbican, Trellick Tower, Southbank Centre and the National Theatre. London houses an incredible collection of Brutalist buildings. Visit in person to feel their massive presence in its purest form.

Artsy does a nice job of exploring some iconic Brutalist structures and the reasons why each embodies the principles of the style. 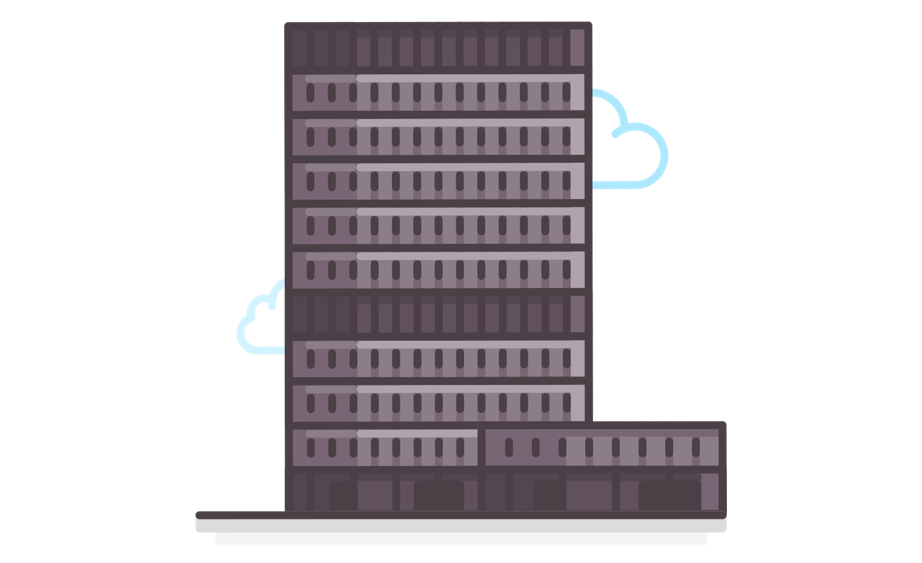 The spiritual sister of Brutalism, which partied more with the corporate crowd